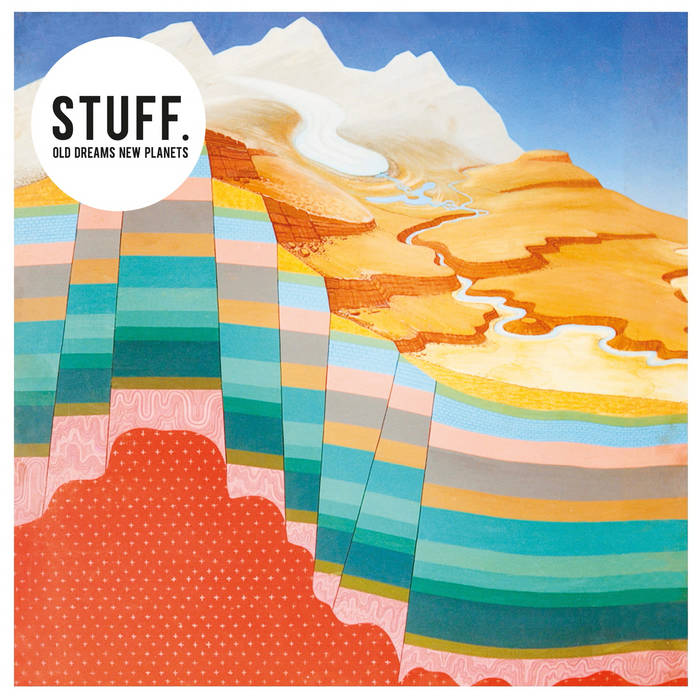 Acotiad Can't say I will love it, but I probably will. Recently saw them life in Antwerp and they were absolutely killing it. Can't wait for this album to come out!

"STUFF. is what you would get when Hudmo and FlyLo would give Alt J their MDMA before going on stage, telling them to sound like instrumental Beastie Boy's Check Your Head."

One of the most exciting band's in Europe, STUFF. is a five piece band that creates a mighty groove, spanning from broken hip-hop grooves to more electronic and jazz influenced future funk. They defy easy categorisation. Writing for Jazz Standard, Tina Edwards said 'If an energy drink could make music, it would sound like STUFF.', a description that does more to describe their sound than established any genre tags. While Phil Taggart said "This is what I imagine Flying Lotus' band to be like" on Radio 1.

Utilising lesser-used instruments like the wind synth, alongside the familiar array of drums and electric bass, synthesizers and turntables, they're able scatter rhythms, melodies and electronic effects across their canvas with a Pollock-like abandon, creating music that while heavy in groove has great depth and intrigue.

In April 2018 they signed to Gondwana Records and we are delighted to announce the first world wide release for Old Dreams, New Planets on August 31st.

"It's a really exciting time for music with groups coming through like STUFF."
Gilles Peterson, BBC Radio 6

"This is what I imagine Flying Lotus' band to be like."
Phil Taggart, BBC Radio 1

"If an energy drink could make music, it would sound like STUFF."
"They take strides through the experimental alongside Aphex Twin, have roots that dig the crates for Public Enemy and soul standards set by Pharaoh Sanders. A pleasingly cohesive mish mash that lends itself to the occasional mosh. In the studio they cultivate intelligent sounds but on stage they unleash some hidden funk to get down to."
Tina Edward / Jazz Standard

STUFF. is a 5-headed instrumental cyclops that takes you through a journey of mashed up grooves and eclectic sounds.

Bandcamp Daily  your guide to the world of Bandcamp

Cannibal Corpse's George "Corpsegrinder" Fisher stops by for an interview